Every organisation depends on its employees for effective execution. In a business, which measures its profits in small percentages of turnover, just a small reduction in the work completed effectively by employees adds up to a staggering difference. In schools, where making the effort to provide differentiated learning affects not just school results but lives, teachers who are not fully committed to mastering and extending their own professional expertise withdraw hope and limit possibility. In government, where billions are spent employing workers who do thankless but crucial work, a small percentage reduction in work output costs a nation vital resources that could be directed elsewhere.

But what if the factors limiting organisational success made much more than small differences!

Staggeringly the consistent results from the surveys of the Gallup organisation1 show that we are not just talking about variations of a few per cent in outcomes but variations that result in withholding huge proportions of potential in terms of outcomes and productivity.

The Gallup surveys are part of a growing body of evidence that many workers withhold a significant proportion of the energy from their workplace. They do enough to 'get by', but no more. The US data tells us that only 29% of employees regard themselves as actively engaged with work. In Australia it is only 24%! In other countries the proportion is even worse.1

Not only research, but also our everyday experience, psychology and neuroscience all point to the way employees are led, managed and supervised as the critical variable in employee engagement.

The task of management is to make people capable of joint performance, to make their strengths effective and their weaknesses irrelevant. This is what organization is all about.

Recall a time when you were keen to work hard for the business, enterprise or school that you were employed by. But those in charge communicated very little with you and every interaction with a 'boss' left you feeling less motivated, more suspicious about his or her motives and a sense that you did not matter to him or her as a person. Almost everyone can relate to this experience. Did you feel highly motivated, keen to do the job well and committed to do your best as a result? Almost certainly not!

A DDI survey of 1279 employees from around the world revealed that 60% felt their manager 'always or most of the time' damages their self-esteem, with 52% saying their boss rarely if ever solves problems

Recent research informs us about how widespread that experience is. There are styles of management that damage self-esteem, increase employee absenteeism and staff turnover, reduce employee interest in the work itself and discourage intrinsic motivation.
There are also styles of management that inspire and energise employees, encourage their loyalty and enthusiasm for their work. 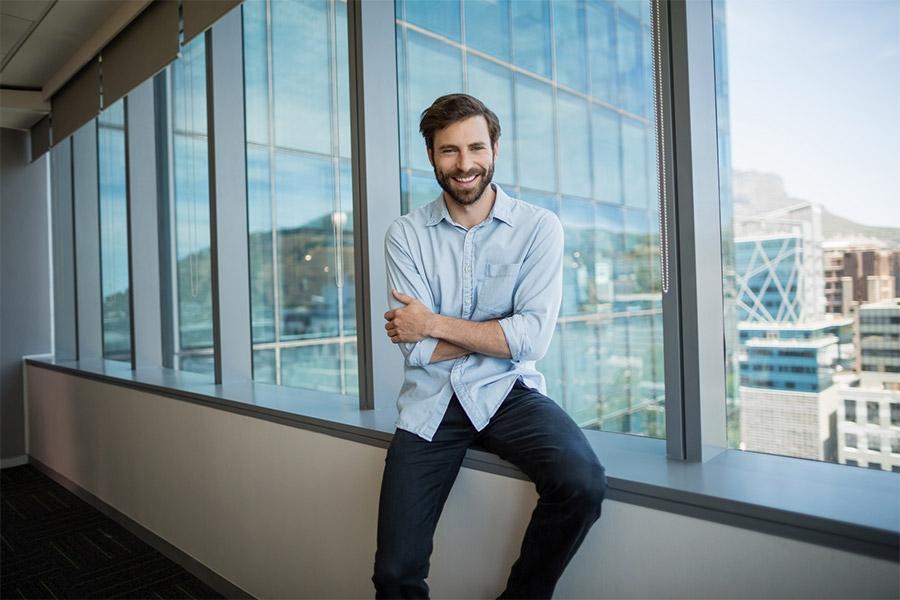 In the Harvard Business Review blog in 2012, Jack Zenger and Joseph Folkman published convincing evidence that the better the leader, the more engaged the staff. They examined the performance of 2,865 leaders in a large financial services company and found that the worst leaders supervised the least committed disengaged and unhappy employees, while the best leaders were supervising the happiest, most engaged, most committed employees

'Telling people what to do and pressuring them to do it' or the 'command and control' management of people is still practiced the world over. It's more culturally acceptable in some areas of the world than in ours, but in all cultures its use is problematic.

Most of what we call management consists of making it difficult for people to get their work completed.

Once again, this way of leading arises from what seems a logical starting point. It's pretty much common knowledge that humans are attracted to pleasure and avoid pain whenever they can. So most directive leaders believe that by associating their approval with the work that they want done, and their anger or disapproval with failure to do it, they will be able to control most people.

Many years ago I learned from a very wise old man, who was the head of a very large organization. He was in his late seventies, famous for putting the right people into the right.

However, as we will see when we begin to examine at the psychology and neurology of behaviour, people are more complicated than that. The evidence is that this style of management does not achieve what it intends.

Telling people what to do, even if you back it with some 'rewards' such as bonuses – and punishing those who do not comply (usually by withdrawing the reward) does not have a good track record. Even if most of the people you work with won't hate you so much they would like to kill you, they will not work very hard for you. Most will settle for compliance and go along with you enough to keep you out of their faces. A few may even resist passively or may cunningly sabotage the work. Many will be reading the job ads looking for something better. Almost nobody will be contributing more than a token amount of his or her potential energy and commitment to the work.

If the energy that your staff invests in your business is a crucial element of business success, does it not make sense to lead and manage them in a way that will encourage them to energetically engage with the success of the organisation? 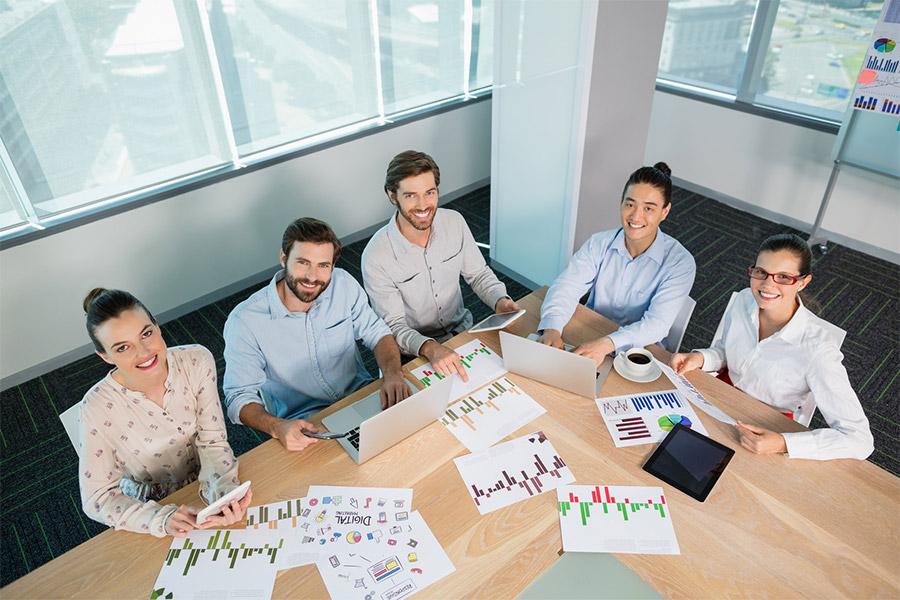 Imagine that your staff was a soccer team (11 players + 1 substitute) and apply the Gallup percentages for Australia to what happens on the field.
24% of the team highly engaged = 3 players are trying hard and playing energetically
60% are disengaged = 7 players are making little effort to succeed
16% are actively disengaged = 2 players are sabotaging or making no effort.

How many games is your team likely to win? 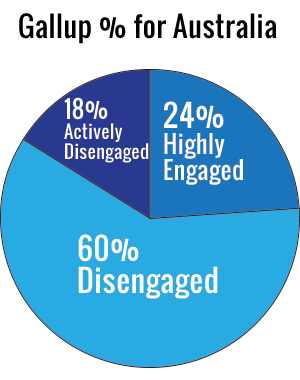 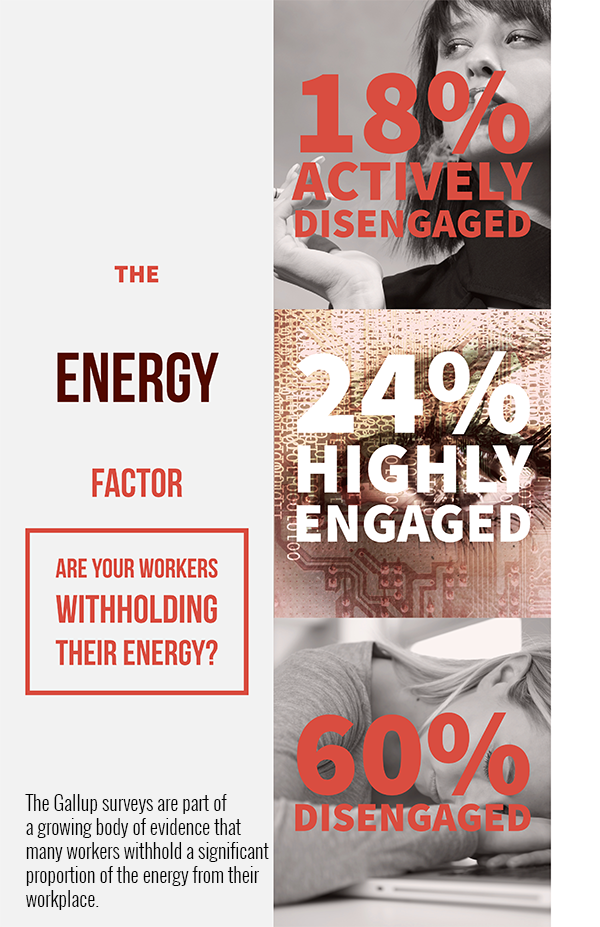